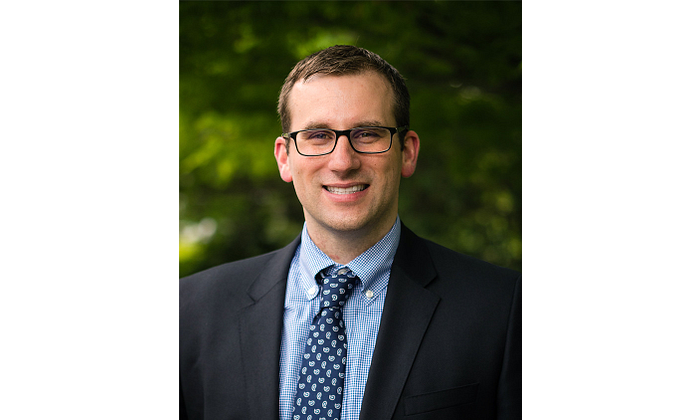 Both Cincinnati Children’s and UCMC pride themselves on offering world-class care, and we are really excited to now be able to offer the most advanced proton therapy treatments to our patients. We were able to start treating patients in October, well ahead of schedule. Our ability to commission the center so quickly is a credit to the individuals on our physics, dosimetry and therapy teams, with over 70 years of proton experience.

Located at the Cincinnati Children’s Hospital Liberty Campus, our center is operated as a partnership between Cincinnati Children’s Hospital and UCMC, and is designed to treat both pediatric and adult patients. It features the Varian ProBeam® Proton Therapy System with three 360 degree gantries, two of which will treat patients. The third gantry is designated solely for research and will launch in June 2017. The system is designed to allow for the addition of a fourth gantry in the future.

Our team quickly and efficiently commissioned the center in just six weeks. In July 2015, the building was partially constructed and ready for the installation of the ProBeam system. About one year later, in August of 2016, we began the acceptance test and medical physics measurements. The first treatment room went clinical on October 3, 2016. Between acceptance test and first treatment, our physics group and Varian worked collaboratively to accomplish the mutual goal of treating the first patient. The second treatment room was commissioned in four weeks following handover in tandem with a full patient treatment schedule. The second treatment room went clinical on January 9, 2017. Having been involved in several proton therapy center openings, I feel I can confidently say that the Cincinnati Children’s Proton Therapy Center commissioning and opening was about as streamlined, professional, and efficient as it gets.

We spent the first two to three weeks collecting, analyzing, and modelling beam data, and the next two to three weeks validating the treatment planning model, validating the clinical workflow, and designing the quality assurance program. After the six week commissioning phase, two weeks were spent training staff and performing mock patient treatments and workflow design. During our primary beam data collection phase, we measured depth doses multiple times. The comparison to a theoretical range prediction was within a few tenths of a millimeter.  The comparison of each measurement to another measurement was within one or two tenths of a millimeter. This proved that we had both an accurate and precise system. Furthermore, the spot position and dose accuracy and reproducibility is well within specification.

In addition, we performed an extensive machine characterization, including testing the reproducibility and performance of the beam, mechanics of the treatment room, and imaging. End-to-end testing was also performed to measure the cumulative isocenter of the imaging system vs. proton beam vs. lasers. All systems correlated to within one millimeter.

Validation testing, which focuses on the comparison of the Eclipse™ 13.7 beam model vs. in-room measurements, initially included standard cubic fields, but also mock patient fields of increasing complexity. We measured both point and planar dose for each mock patient field. Most point dose data was within 2% of the expected value, with all point dose data within 3%. The gamma index passing rate was 90% and above for all planar measurements. –This data is well within the guidelines for safely and accurately treating patients. Following a validated beam model, quality assurance baselines were established. The final 10-days was our clinical readiness period. During this period, the radiation therapists received training and we performed mock operations, from patient check-in to mock therapy in the treatment room. Concurrently, the first patient cohort treatment plans were approved, quality assured and readied for treatment delivery.

The initial patient cohort was three patients a week as the center ramped up. As of April 2017, the first 108 patients were treated at the center: split roughly 50% pediatric, 50% adult. Approximately one-third of the pediatric patients are under anesthesia. Treatment sites included brain (47%), cranio-spinal (8%), head and neck (8%), sacrum or spine (8%), pelvis non-prostate (6%), GI (6%) and prostate, breast, GYN, lymphoma (each <5%). Currently, with both treatment rooms open, the facility is steadily ramping up operations, with roughly 25 patients/day (10 pediatrics; 15 adults) and growing.

Initially, our strategy for ramping up the center was to focus on key proton therapy indications. This meant our case mix would skew complex, and therefore we started with just two to three new patients per week. After a few months of operations, we are expanding our treatment sites to include moving targets. Initially our criteria was “motion less than five millimeters” was appropriate. As we deploy more motion management strategies, like breath hold, gating or compression, we will increase our motion criteria.

Our team includes four medical physicists and two dosimetrists; in the future we plan to increase the number of dosimetrists to three:

All in all, the physics and dosimetry group has over 30 years of proton therapy experience. Each of our four physicists has prior experience in proton therapy. Cincinnati Children’s Proton Therapy Center is the fourth proton therapy center I have commissioned and operated. Yongbin and I worked together on the team that commissioned and operated the Proton Therapy Center in the San Diego area, and he led the beam modelling and validation effort for our first treatment room. Both Eunsin and Zhiyan completed residencies at universities with proton therapy units, and they co-led the commissioning on our second treatment room. Chrystal and Dana are the dosimetrists that balance one of the most complicated case mixes treated in proton therapy centers today.

One of the biggest challenges in opening a center is building the right team with not only experience in proton therapy but also experience in modern radiotherapy. Having three radiation therapists who have used the ProBeam system at San Diego and three who have used TrueBeam system was a big advantage in opening our center. Without a strong radiation therapy group, we would not have opened as successfully as we did.