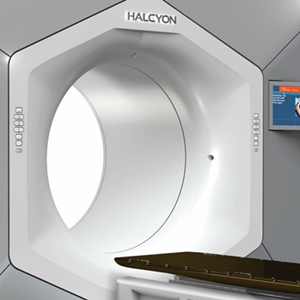 Talia Jarema, medical physicist at Icon, said that she and her colleagues appreciate the simplicity of the nine, machine-guided, push-button steps that constitute the Halcyon workflow. But it’s not just treatment delivery that is simpler, she pointed out. Treatment planning is easier too. “Compared to other systems, treatment planning for Halcyon is a lot quicker. It incorporates more automation and eliminates some manual steps—such as setting a field for VMAT. The simplified workflows make even complex radiotherapy treatments easy to plan and deliver.”

“Because of the simplicity of the Halcyon system, there’s less QA to do on a routine basis,” said Jarema. “One of the main time savers is the single-energy nature of the machine compared to other systems, where you’re required to check every component of beam dosimetry—whether it be symmetry, output, energy etc.— across six to nine energies.”