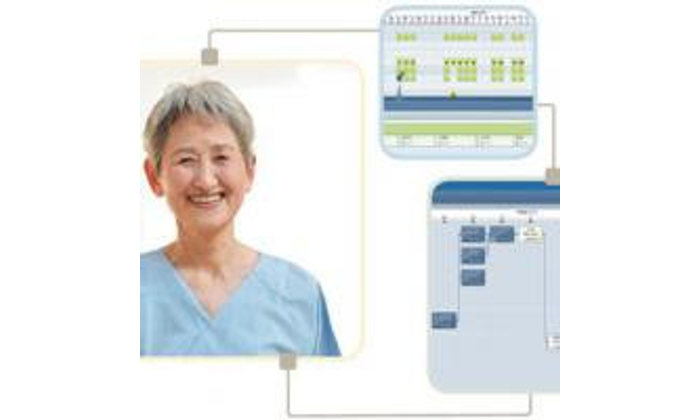 Patient Safety: A Way of Life

Centerline
Every patient placed on the treatment table trusts that radiation delivery is safe. Delivering on that trust takes discipline and a deep-rooted culture of safety. Varian customers are using the capabilities afforded by Varian treatment delivery systems to help implement rigorous safety practices in their workflows. In this article, Centerline looks at some of the safety practices at several treatment centers using Varian technology to treat cancer patients. 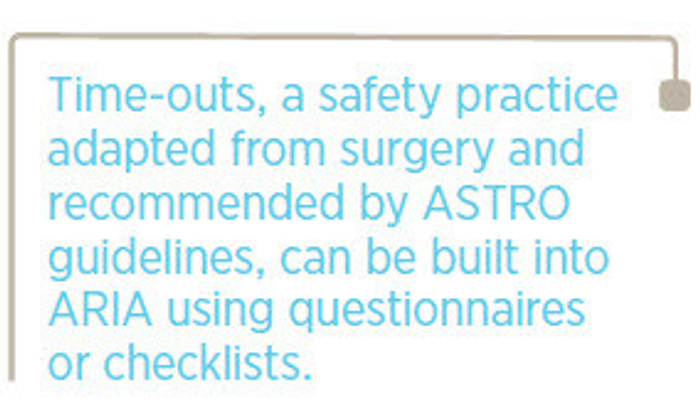 UCSD employs iris scanning using a digital camera to take an image. A web application confirms the patient’s identity, queries the ARIA® oncology information system to match the patient to the scheduled treatment machine, and then verifies that the correct treatment is loaded and “in progress” at the treatment console. “This process takes less than 30 seconds,” says UCSD’s Todd Pawlicki. The time-out is then recorded and stored.
The Department of Radiation Oncology at Montefiore Health System, the University Health System for Albert Einstein College of Medicine, uses palm scanning for the safety timeout. Before a patient enters the treatment room, his or her identity is verified by palm scan. “Basically, every patient pulls up her or his own ARIA record on the 4D treatment console before any treatment can be given,” explains Wolfgang A. Tomé, PhD, FAAPM, professor and director of the Division of Therapeutic Medical Physics at Montefiore Einstein in New York. “We have implemented palm scanning as a unique means for patient safety. At any given moment, we have many people with the same first and last name under treatment across our health system. We wanted to be more secure in terms of delivering the right treatment to the right patient. Varian helped us implement the interface to ARIA.”
The Department of Radiation Oncology at Montefiore uses the ARIA oncology information system to create treatmentplanning care paths with built-in safety points. “We have time-outs that stop the workflow until required tasks are completed at critical points, such as contour review, plan approval, and physics checks. Even with the palm scan, treatment can’t begin until a time-out checklist has been completed,” says Tomé.

ARIA has several features that can be applied to enhance patient safety, including care paths, approvals, questionnaires, checklists, and alerts. “The most popular one is the ability to build care paths, ” says Jenny Davison, an ARIA instructor at the Las Vegas, Nevada training center. “I see many customers, like Montefiore, who are building treatment-planning care paths, which are essentially process maps of all the steps needed to get a plan ready for treatment. Care paths make sure that nothing is missed.” Planning can’t continue and treatment can’t be delivered until all the steps in the care path are completed in order and on time.
Approvals are another patient safety function built into ARIA. “Therapists cannot pull up a plan on a patient until it has two approvals,” Davison explains. “A plan has to have a plan approval and a treat approval. The machine won’t even load the plan until it has those two approvals.”
Time-outs, a safety practice adapted from surgery and recommended by ASTRO guidelines, can be built into ARIA using questionnaires or checklists. Davison’s favorite is the questionnaire. “Customers tell me that auditors want to see documentation that the time-out was performed before the patient was treated. When you complete the time-out in the form of a questionnaire and click ‘approved,’ it receives a date and time stamp that you can show an auditor.” She also likes questionnaires because they are so customizable. They can be formatted in different ways and incorporate drop-down menus, yes-no buttons, and check boxes. Time-outs can also be created as checklists that are attached to an appointment or to a task. “The advantage of using a checklist for a safety time-out is that the appointment can’t be completed and charges captured until all the checklist items have been completed,” says Davison.
Custom alerts can be created in ARIA to enhance safety. Alerts are the equivalents of notes that might be put in a patient’s chart, such as “patient is a fall risk” or “patient needs to see the doctor following treatment.” They pop up on the workstation before treatment begins. Typically, alerts aren’t used for time-outs because they aren’t as in depth or interactive as questionnaires or checklists. However, they are a useful safety tool in the clinic.
In radiation oncology, safety is a way of life. Thanks to continuous development in technology, processes, learning systems, and education in the field of radiation oncology, radiation treatment is safer than ever. “Radiation safety is of the utmost importance to us at Varian, and also to the clinicians who use our technology to help thousands of cancer patients every year,” says Stan Mansfield, director of system safety at Varian.
References:
1. Rahn DA et al. A Real-Time Safety and Quality Reporting System: Assessment of Clinical Data and Staff Participation. Int J Radiation Oncol Biol Phys, 2014;90:1202-1208.