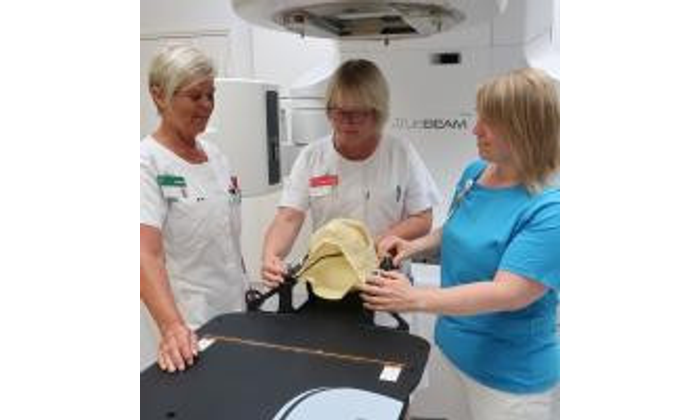 The Physicists Weigh In: HyperArc Improves Workflow While Meeting or Exceeding Quality Expectations

HyperArc Replacing Other SRS Approaches in Some Treatment Centers

Since its introduction in 2017, Varian’s HyperArc™ high-definition radiotherapy has been deployed to deliver noncoplanar stereotactic radiosurgery (SRS) at sites around the world. Physicists in the United States, Europe, and Asia report that HyperArc has improved workflow and throughput at their sites, while improving or maintaining the high quality of treatment plans, even when prepared by less experienced users. These characteristics, and the flexibility of the Varian Truebeam® system and Eclipse™ treatment planning—both prerequisites for HyperArc radiotherapy—have inspired some sites to replace previous, dedicated radiosurgery systems with HyperArc. 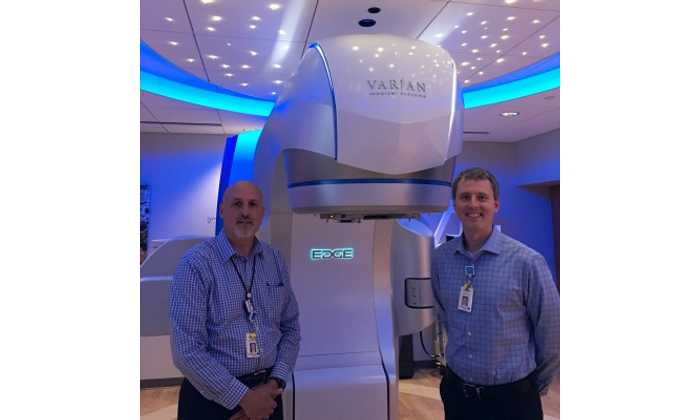 In a recent Centerline feature article, early adopters discussed the efficiencies gained with HyperArc, citing ease of use, speed, and single-isocenter treatment of multiple metastases. HyperArc provides a simple “one-click” workflow that automates much of the planning and delivery process, significantly increasing efficiency and allowing clinicians to treat simple or even complex cases with multiple metastases within a 15-20 minute time slot. “Varian’s solution is very automated and streamlined,” says Phil Silgen, chief medical physicist at HealthEast CancerCare in Maplewood, Minnesota. “The simplicity of treatment planning and delivery with HyperArc provides a user-friendly solution for implementing brain SRS.”

The HyperArc algorithms offer new ways of looking at several targets simultaneously so that multiple metastases can be treated with a single isocenter. “We are treating everyone using a single isocenter,” says Gabor Menyhart, chief physicist at Cape Cod Healthcare in Hyannis and Falmouth, Massachusetts. “We aren’t splitting the treatments up, no matter how far apart the lesions are. We have tested, proven, and trust the accuracy of HyperArc and its ability to localize the isocenter.”

One concern about single isocenter SRS for treatment of multiple targets is the risk of increasing the amount of normal tissue that receives a low dose of radiation. However, physicists are reporting that noncoplanar SRS with HyperArc offers dosimetric advantages over conventional SRS with regard to target conformity and dose gradients.

“We’ve studied conformity, dose gradient, homogeneity index, and other data regarding our HyperArc treatments and found our measures to be just as good or better than that reported in the medical literature for non-HyperArc treatments,” explains David Sjöström, deputy chief physicist at Herlev Hospital in Herlev, Denmark. 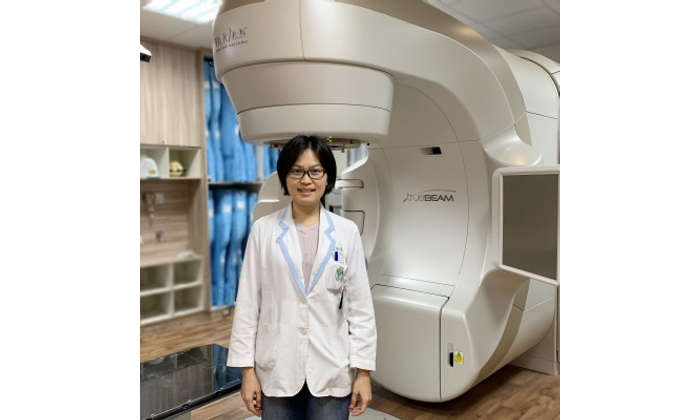 Hsiu-wen Ho, a physicist at Chi Mei Hospital in Taiwan, agrees. She describes treatment planning with HyperArc as being “easier” and as providing “better plans than a cone-based system in most cases,” particularly with respect to conformity, dose distribution, dose gradients, and prevention of dose bridging.

Sjöström points out that HyperArc lightens his load as a physicist in other ways by providing a prescriptive one-click workflow that includes patient set up and immobilization, imaging, positioning, and a predetermined delivery sequence. This allows him to leave these automated steps to others and spend the time focusing on clinical objectives, such as target definition and dose prescription. “HyperArc has had a positive impact with respect to the physicists’ workload,” he says. “With HyperArc, the treatment planning, the delivery, safety measures, are all automated, so there isn’t much more to do. Instead of pushing buttons, we can use the time to do more clinically-relevant things that haven’t become planner independent yet.”

Varian has integrated other novel safety and efficiency promoting technologies throughout the HyperArc workflow. For example, some sites spend valuable resources conducting a physical dry run with the treatment delivery system to mitigate collision risk. HyperArc addresses this challenge with a set of advanced visualization tools that display the treatment delivery sequence during treatment planning itself, eliminating the need to conduct a physical dry run. “The integration of the patient safety zone into the treatment planning process eliminates the need for a dry run,” explains Joseph Ott, medical physicist at HealthEast. “If you maintain your isocenter position within the patient safety zone, you can be confident that there won’t be any clearance issues when the patient is being treated.” Menyhart agrees: “It used to take 20 minutes per isocenter to do a dry run manually and treat a lesion, because the process required many trips back and forth to make sure the machine won’t collide with the patient. That is pretty much eliminated with HyperArc. Every couch kick is predefined.”

Quality Regardless of Experience Level

The use of noncoplanar SRS has historically been constrained by its complexity, and the need for high levels of expertise to plan and deliver these sophisticated treatments.

HyperArc is designed to help treatment planners produce consistent, high-quality treatment plans. It utilizes a standardized and reproducible process that eliminates some of the trial and error and guesswork normally involved. A pre-programmed geometry template and a stereotactic normal tissue objective (SRS-NTO) optimizer help the planner to meet planning goals for nearly all cases, making it possible to produce quality treatment plans efficiently, with a decreased dependence on the planner’s expertise.

“HyperArc results in a very good treatment plan in the first iteration, so the need to go back and change parameters and the trial and error aspect of treatment planning is greatly reduced,” remarks Ott.

“With our older method, plan quality was much more dependent on the skill set of the planner. But now planners pretty much come up with the same end result, whether they have ten or two years of experience,” says Menyhart. “We have a dosimetrist with 3 years’ experience who was able to turn around a treatment plan for two lesions in one day with no delivery issues, just one week after being trained on HyperArc. That tells you how simple it is to learn the treatment planning process.” 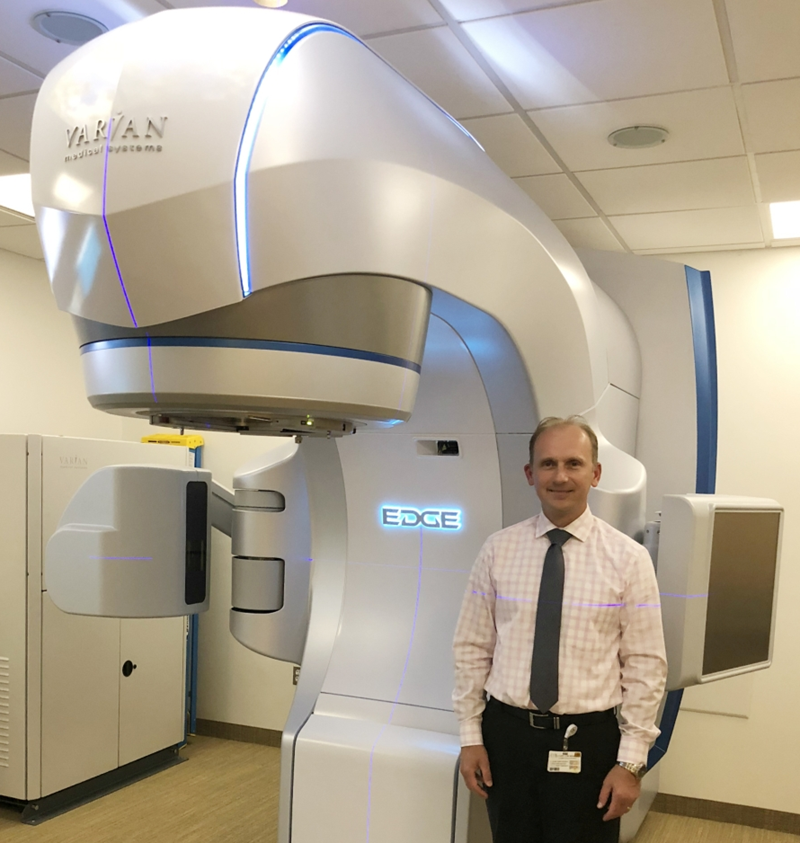 Menyhart adds: “Because of the preprogrammed geometrical factors and normal tissue objectives, treatment planning with HyperArc is much more predictable, and the time spent on these cases is less. We used to aim to complete treatment plan simulation and delivery in two weeks, but we accomplish this in one week now, which has a big impact on physician satisfaction and patient convenience.”

“The stereotactic NTO is a great feature,” says Silgen. “It forces very sharp fall offs outside of the tumor, so a lot of normal brain tissue is spared. It arrives at a quick and easy solution without having to create ancillary planning structures, which you’d need to do without HyperArc.”

Launching a HyperArc SRS Program in the Community Setting

Silgen and Ott agree that establishing an SRS program with HyperArc has been feasible and practical, even for their community-based institutions where resources are limited. “The number of personnel needed to implement HyperArc is doable on a community level,” says Silgen. “After we acquired the technology for HyperArc, we found it an easy system implement. I imagine that for the vast majority of people, the transition to HyperArc would be simple and routine.” Ott agrees. “You don’t need a team of dedicated radiosurgery physicians or physicists to implement HyperArc. HyperArc can be scaled to a practice of any size from large academic institutions to a small clinic or practice.”

Sjöström also describes implementing HyperArc as a practical choice. “With HyperArc, the treatment planning, delivery, and safety features are all automated,” Sjöström says. “If we didn’t have HyperArc, these things would be a technological barrier.”

Another benefit of HyperArc is that it utilizes Varian’s Edge/TrueBeam platform and Eclipse treatment planning, which can be used for conventional treatments (e.g. IMRT, IGRT) when not treating SRS indications. “The Varian Edge/TrueBeam platform is more versatile than other SRS systems that only deliver radiosurgery and SBRT-type treatments,” says Silgen. “We’re able to easily treat all of our regular external beam, SBRT, and HyperArc patients intermixed during the day on the same machine,” he adds. “This is another form of efficiency from a scheduling standpoint.”

It also means that users do not need to learn completely different systems to conduct the therapeutic radiation treatments that are typically administered in a radiotherapy department—a point made by Ho. “HyperArc treatments are administered on the same machine that the therapist uses to treat routine patients,” she says. “They don’t have to learn another system.”

HyperArc Replacing Other SRS Systems in Some Cancer Treatment Centers

Research studies comparing different types of SRS delivery systems have found that HyperArc treatment plans can be better or equivalent to plans from other SRS systems. In one study, HyperArc planning achieved better plan quality (with a higher conformity index (CI), steeper dose falloff, and better sparing of brain tissue) compared to conventional volumetric modulated arc therapy (VMAT) planning.1 Another study comparing HyperArc with CyberKnife® planning found that a HyperArc treatment plan was superior when it came to CI and total brain V12, while a CyberKnife plan showed a better gradient index (GI). However, evaluation scores assigned by a blinded physician did not show significant differences between the HyperArc and CyberKnife plans. The study concluded that the HyperArc-based SRS plan is comparable with the CyberKnife plan, “suggesting a greater potential to emerge as a suitable tool for SRS of multiple brain metastases.”2

Because of the efficiency, simplicity, ease of use, and versatility of a HyperArc-enabled TrueBeam or Edge system, some cancer centers are either replacing other types of SRS systems or launching brand new SRS programs with HyperArc technology.

“We had used another SRS system for 10 years, but now we’re in the process of transitioning away from it,” says Silgen. “We’re now treating most of our patients on our Edge system.” At Herlev, there was no prior SRS program until one was launched using HyperArc. “We didn’t consider other types of SRS systems, because of the flexibility that the HyperArc system offers. If we had chosen a different one, we would have been bound to treat only certain lesions,” says Sjöström. And according to Ho, Chi Mei Hospital is considering complete replacement of their cone-based SRS system “because of the time saved during treatment delivery” with HyperArc.

2Kadoya N, Abe Y, Kajikawa T, et al. Automated noncoplanar treatment planning strategy in stereotactic radiosurgery of multiple cranial brain metastases. Med Dosim. 2019;0958-3947(19)30029-9. The information captured herein represents the genuine experience of the attributed individuals and may not necessarily represent the views of Varian or the above referenced institutions. Your results may vary. Individuals were not compensated for their participation.