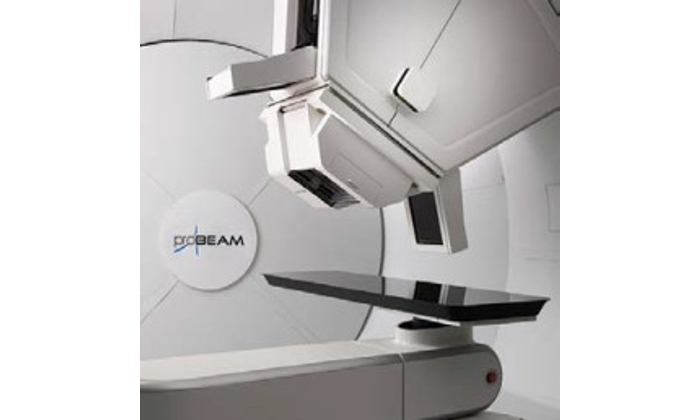 China. When completed, the center will feature three proton therapy treatment rooms with full 360 degree rotational gantries as well as facilities for fixed-beam treatments and research. Equipment installation is expected to take place in late 2017 and be in use by the end of 2018.

The Dutch project covers provision of proton therapy equipment and in-room imaging technology for a new center that is now under construction adjacent to the Delft University of Technology in Delft, Netherlands.

The Danish project covers equipment, software, and services to operate a four-room National Centre for Particle Therapy, to be situated alongside Aarhus University Hospital in Denmark’s second largest city.

The UK project covers equipment and services for two three-room centers to be constructed in London and Manchester.

In addition, Varian has entered into an agreement with a consortium of leading New York healthcare institutions including Memorial Sloan Kettering Cancer Center, Mount Sinai Health System, Montefiore Health System, and ProHEALTH Care Associates, LLP to provision and service the New York Proton Regional Center, which will have four treatment rooms and a research room.

“We are pleased to be working with these prestigious clinical partners,” said Moataz Karmalawy, vice president and general manager, Varian Particle Therapy. “Access to proton therapy for more patients is very important. Varian is dedicated to helping to lead that effort in providing the most advanced IMPT capabilities with the ProBeam system.”

Varian’s ProBeam™ system with Dynamic Peak™ Scanning is uniquely capable of high-speed intensity-modulated proton therapy (IMPT), which is the most precise form of proton therapy available. Varian’s ProBeam technology is being used to treat patients at the Scripps Proton Therapy Center in San Diego, the Rinecker Proton Therapy Center in Munich, and at the Paul Scherrer Institute in Switzerland. Varian now has contracts for system installations at a total of 12 more sites around the world.